Are you concerned about open permits?

Title Insurance does not cover permitting issues, however, frequently, when open permits surface post-closing, clients (and agents) turn to the title agent to see why this was not disclosed. The Buyer is mad at their agent and both will be mad at the title agent, so we run a check of properties to see if we can identify any outstanding permit issues. Open permits that are “inherited” by a new Buyer after closing can cost your client thousands of dollars to resolve. The permit issues may not surface from several prior Sellers of the property until a new Buyer goes to obtain a permit for new work to be performed.

A recent example was a property was sold in 2012 and the estoppels and search did not disclose any issue or a code violation. A year after closing, the new Buyer goes to pull a permit for work and is told that they must close out an old one from 2006 against the prior owner. Further, they are told that the open permit was for windows and that they must hire an engineer ($$$$$) to prove that they are in compliance and up to code. Then, a final inspection, and associated fees, must be obtained before they would close it. The Builder who put in the windows was no longer authorized to do work here and was from out of state (another thought as to avoiding this issue!). The Buyer called us and we reviewed that we had all estoppels, including one from the City and the open permit never showed on-line anywhere. We were able to work with the City and eventually, they agreed to send one of their inspectors to the property and closed it out. The end result was good, however, undue stress was caused to the Buyer.

So how can this be avoided?

Unfortunately, this one could NOT have been avoided since the open permit did not appear anywhere but they are ways to minimize the risk.

I think the critical part, is trying to address it early so that it does not delay closing or scare off a Buyer. It also allows for the burden and expense of cleanup by the Seller. Below are some ideas for identifying and avoiding………

• Agents can inquire of the Seller, at the time of the listing, as to any permits or work that was done during their current Seller’s Ownership. This may help to identify a current owner open permit.

• Review of the on-line access sites to identify at the time of a listing.

• Speak with the county or city to inquire on open permits at the time of a listing.

• Know that there is a stronger likely-hood with property that has been renovated or repairs done.

• Distressed properties also tend to have a higher incidence rate. Maybe the foreclosed home-owner was doing renovations or remodeling work and ran out of money. When the foreclosing bank resells the property, they typically have a disclosure that says the Buyer assumes any and all open permits in addition to other items.

• While open permits are not insured against on an Owner’s Policy, utilize a title agency that will check as a normal course of processing the file, such as Access Title Agency.

Note: No legal advice or suggestions are being given.

If you feel you do not receive value in our tips, please feel free to unsubscribe at: info/orders@accesstitleagency.com 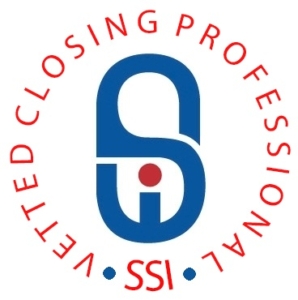